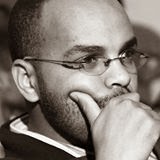 November 16, 2013 at 11:48am
On the face of it, Ethiopia Government and we disagree about the political import of shame and humiliation to our beloved country. On the one hand, EPRDF uses the topic of <shame> to understand something else: how the Saudi Arabia mis/understand Ethiopia Economic success. On the other hand, we use the current Ethiopia nationalism to argue that the logic of humiliation itself needs to probe.
The EPRDF’s discourse marks that how national humiliation is used by the regime leaders to mobilize populations, but these populations are on opposite sides of the dispute: we consider nativity understanding of the Ethiopia self, while EPRDF examines a Saudi Arabia othering of western.
The complexity Suggested by this note demonstrates the Multi code nature of the word <shame> .To have shame is both a virtue and a problem along the lines of tension between having humility and humiliation. More to the point, both EPRDF and we agree that understand and humiliation is more complex than a simple political calculation of links between defeat, humiliation and revenge. Humiliation  thus is reframed from an irrational emotion that need to be cured, through (social) psychology ,to a social practice that needs to understood interims of political  and historical narratives .
Indeed, shame politics of EPRDF’S provide an interesting example how the self not only constructs the other as enemy, but how the other constructs the self-complex ways. Yet as #Dr.Tewoderos Adhanom’s ETV interview point out, shame discourse does not dominate Ethiopian images: shame is a product of ‎Saudi Arabia understanding of Ethiopian.
The contemporary Ethiopian nationalism is not just about celebrating the glories of Ethiopian civilization: it also commemorates Ethiopia’s weakness. This negative image comes our most directly in the discourse of Ethiopia’s decade of national humiliation.
To understand how Ethiopian nationalism works, we need to reverse #Paul Kennedy’s famous thesis about <the rise and fall of the great powers> to examine the < fall and rise >of Ethiopia: many of the titles of these books include the phrase <from humiliation to glory.> The discourse of national humiliation shows how Ethiopia’s insecurities are not just material, a matter of catching up to the the west militarily and economically, but symbolic. Indeed, one of the goals of Ethiopia foreign policy has been to
The brutal and inhuman crackdown on Ethiopian immigrants in Saudi Arabia context, international politics has been transformed from< conquer or be conquered> in to <humiliate or be humiliated.> Main stream commentators, thus have declared that history is<< strategic issue>>, especially as it informs the dynamic between nationalism and foreign policy.
Ethiopian nationalism is a huge field of inquiry. To gain purchase on this vast topic, it is helpful to take an oblique view of Ethiopian identity through an examination of the specialized field of EPRDF texts.
Finally, humiliation may still see like an odd place to look for nationalism: humiliation is something that you suffer, rather than promote. But as we have seen, in Ethiopia and in china, humiliation is not just about passive National humiliation discourse involves a very active notion of history and recovery.AS the ancient work #Liji tell us;<< the humiliation of a thing is sufficient to stimulate it: the humiliation of a country is sufficient to rejuvenate it.>> for me the day that happened  the brutal and inhuman crackdown on Ethiopian immigrants in Saudi Arabia and Ethiopian police crackdown on anti-Saudi Arabia protest following migrant worker attacks has been ,<official holiday> called National Humiliation Day./? However National humiliation is far from simply being an obscure historical curiosity. In other words, the narrative of national salvation depends upon national humiliation; the narrative of national security depends upon national insecurity.
ላይ ኖቬምበር 18, 2013 ምንም አስተያየቶች የሉም: 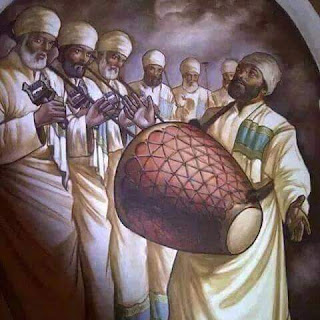